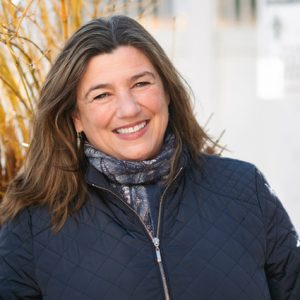 A Nantucket local since 1975, Geri was raised working in family-run hotels in New Hampshire, Newport, Rhode Island and Nantucket. She spent senior year of high school living at a temple in Japan and graduated from UMASS with a degree in Japanese and Journalism. Geri began a career in media in New York, working with various Japanese networks and producing a live morning news program for Nippon TV Network in NYC that was broadcast nationwide in Japan. In 2008, with a budding family and the nagging desire to live closer to nature, Geri made the decision to leave behind her daily commute to Rockefeller Center and the Brooklyn Chocolate factory she lived in, to return to the shores of her youth, Nantucket. Her real estate work began as a management position, and after 8 years has evolved to becoming a sales and rental agent. Geri finds her background in hospitality and media and deep knowledge of the island informs her ability to get to know her clients and assess their real estate interests. Twelve years since returning home, you will find Geri in the off-season involved in community events, caring for her chickens and goats, home-cooking and canning, enjoying social media and photography, and exploring the Nantucket conservation trails with her family and dog.

“Thank you for having such a gem of a person working with you and your homeowners. Nantucket is indeed lucky and fortunate to have Geri Walker promoting tourism and a positive image of Nantucket. She could not have been more knowledgeable about fulfilling our housing needs and more accommodating at helping us get into the perfect home. It was a real pleasure to work with someone whose primary interest was to find us what we wanted, rather than trying to get us into something that was easy for her.”

“It is a challenge to be concise in describing all Geri Walker has done for our family. She has the ability to make us feel as if we were the only customer in the universe. She is a real professional who cares very much for the people she serves, and she delivers on everything she commits to.”

“I truly believe nobody knows the Nantucket area like Geri does or has the ability to zero in on everything requested and needed by a renter and then to deliver meaningful results!”