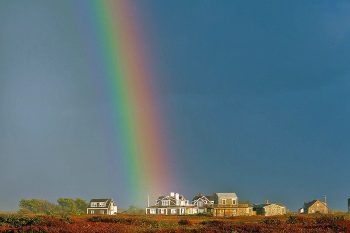 We love autumn on Nantucket.  Everything is still open and the pace becomes more leisurely.  Of course, the weather is unpredictable as evidenced by the 4 days with no boats or planes last week, but it reminds us that we live at sea and that we are really not in charge!  Fall on Nantucket is special:  scallops, cranberries, cozy fires, the moors changing colors and, of course, Whaler’s football!  It is a time to get caught up with other islanders after the fast pace of summer.

One of the most significant changes is the length of time it takes to sell a listing in the current market.  As of Q3, the average time on market is up to 11 months, a significant increase over 2018 when it was 9 months.  As always, there are a number of factors involved including overpricing by many sellers, high amount of inventory, lack of urgency on the part of buyers and a generally unsettled feeling about the economy.

As of the end of the third quarter there were 478 listings, compared to 402 last year and 383 in 2017 at this time.  For these listings the average listing price is $4.1 million and the median listing price is $2.7 million (higher than the average selling price).  There are currently 371 single-family residences for sale, 60 parcels of vacant land, 15 condominium properties, 14 commercial properties, 9 multi-family, 5 cooperative and only 1 covenant house (restricted affordable in perpetuity).  Single family homes range from $449,000 to $35 million.  There are only 14 single-family homes on Nantucket listed under $1 million.  Vacant land ranges from $419,000 to $11.7 million.

The US economy has held up fairly well during the third quarter after a volatile start to the year.  After nine rate increases that began in 2015, the Fed reversed course in August and cut rates (.25%) in reaction to the yield curve inversion which has been uncharacteristically flat, tariff uncertainty and slowing economic data.  In September there was another rate cut, also .25%.  Consumer confidence, although slightly below recent highs remains encouraging.  Nationally, housing starts jumped double digits to a 12 year high supported by higher wages, low cost of borrowing and full employment (unemployment is currently below 3.5%).  However, overall recent economic data suggest a more cautious view heading into the last quarter of 2019.  The current expansion has been the longest in US history and a slowdown at some point is to be expected.